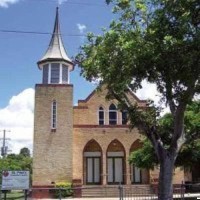 Nundah is a suburb that has recently undergone a major transformation, this transformation will continue for some years to come. The change is mainly due to the construction of the new Woolworths and retail centre on the corner of Sandgate and Buckland Roads. This first stage is one of four stages in the overall plan for the redevelopment of the land that is bordered by Sandgate Road, Buckland Road, Station Street and …….. The first change to Nundah occurred with the construction of the bypass, this facilitated Nundah becoming the village that it once was. Since then many new retailers have set up shop and the village is thriving with activity. Another feature of Nundah is the extensive construction of high rise apartments and townhouses. Many of the large residential blocks have been converted to multi dwelling projects. But at the same time council has designated areas that are demolition controlled, in essence this is protection of a number of the pre-war homes that are a feature of the area. Nundah offers plenty in the way of amenities. Two major shopping centres are close, rail and buses service the area. The gateway arterial provides easy access to either the Gold Coast and Sunshine Coast. The airport is in close proximity and Nundah and surrounding suburbs support the growing population at the airport in terms of accommodation and housing; it is envisaged the population of workers at the airport with quadruple over the next ten years. Situated 8kms from the CBD, Nundah is now considered an inner northside suburb. The rate of growth in Nundah has been strong over the past several years. Soon Nundah will be the thriving cosmopolitian hub to rival the likes of New Farm and Bulimba.

Nundah Village Development
Circa Nundah is the latest project in Nundah Village. This $200 million mixed use village will comprise of bars, cafes, restaurants, office space and designer apartments.

Built on a 3.5 hectare site this master planned urban village will revitalise Nundah and provide a level of retail and lifestyle amenity to residents and village workers unsurpassed in Brisbane’s fringe suburbs. Nundah is ideally located on Brisbane’s major transport networks, truly connecting rail, road, and air. Just six minutes to the CBD via the Airport Link Tunnel and 8 minutes to Brisbane’s domestic and International Airports, Circa Nundah is Brisbane’s next urban renewal success story. 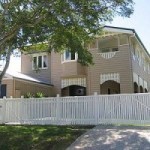 Established in the 1940s and occupying a partly elevated area 9km to the North of the Brisbane CBD, the suburb of Wavell Heights, locally known as “Wavell”, offers residents fantastic views of Brisbane and easterly views from some of the higher streets. Queenslanders and old chamferboard homes as well as higher density urban developments are among the diverse range of architectural styles of homes in the area. Couples with children occupy over 39% of homes in Wavell Heights, with another 39% being couples without children. 94% of homes are stand-alone and a little over 4% are units.
Being within easy reach of the coast and city, Wavell Heights is an attractive suburb with both local amenities and a short commute to the city along the Sandgate Road and easy access to the Gateway Motorway. There is a regular bus service running in and out of the city centre and other shopping centres, and while the suburb does not have its own railway station, there is one fairly nearby at Nundah. The nearby Westfield Shoppingtown of Chermside is the most popular shopping destination for Wavell Heights’ residents, having been refurbished recently, and the Westfield Shoppingtown of Toombul is also within easy reach.

Residents of Wavell Heights can enjoy the pleasant walks and bike ways provided in a choice of local parks including Downfall Creek and with the bay-side suburb of Sandgate nearby there is an abundance of relaxing locations for family get-togethers and excursions. Recreational services include the Wavell Bowls Club and the cosmopolitan and sophisticated Kedron Wavell Services Club that offers the Brisbane community a premier function, entertainment and leisure destination.

Local schools include Our Lady of the Angels Primary School, Wavell Heights Primary School and Wavell High School, and other schools a short distance away include the public and private schools in Nundah, Kedron and Geebung. The nearest hospital services provider is The Holy Spirit Hospital on the grounds of the Prince Charles Hospital in Chermside. The Murray Duus Park on Edinburgh Castle Road is managed by the Wavell Heights Neighbourhood Society, the only organisation within Brisbane to manage a park on behalf of the Brisbane City Council, who provide the subleasing of areas to a Karate club, girl guides, a kindergarten and lapitary club as well as a public tennis court and community centre.

The natural oasis of the Keith Boden Wetlands in Cressey Street is home to waterbirds and the extensive Shaw Estate Park in the same vicinity makes walking and cycling in Wavell Heights a pleasurable local activity. 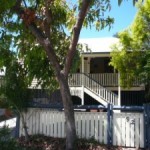 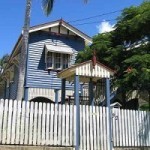 Virginia can be broken down into about 40 per cent light to medium industrial and 60 per cent residential houses with a few townhouse developments mixed in. With close access to employment the area has become a mix of young and established families and retirees. Excellent facilities in and around the area have seen the popularity of Virginia remain high. Facilities such as hospitals, schools and shops are readily available to residents of Virginia.